My husband asked me to design him some business cards. The criteria was that they had to be black and white and include a big enough image of his own personalized QR code that he provided to me. Oh, and his design preference is more on the minimalistic side.

The designs were whipped up in good ‘ol Inkscape in one afternoon and before the day was through we had them printed out and ready to go! We both prefer the first one the best. 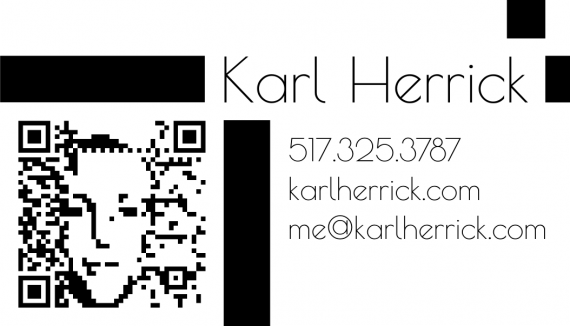 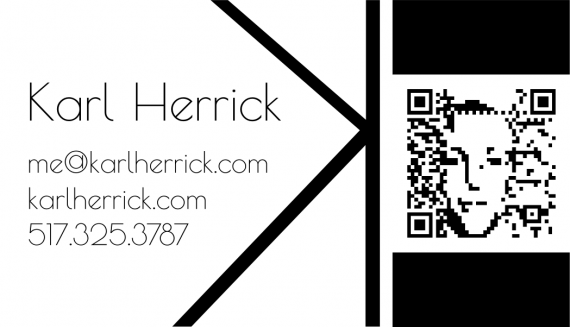 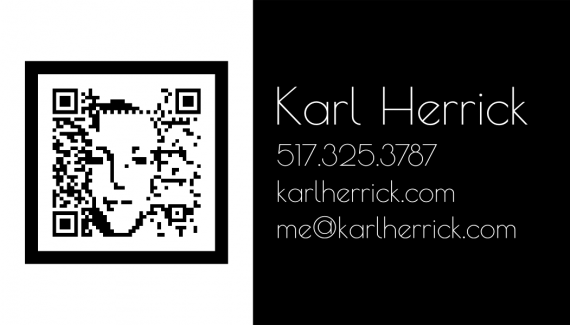 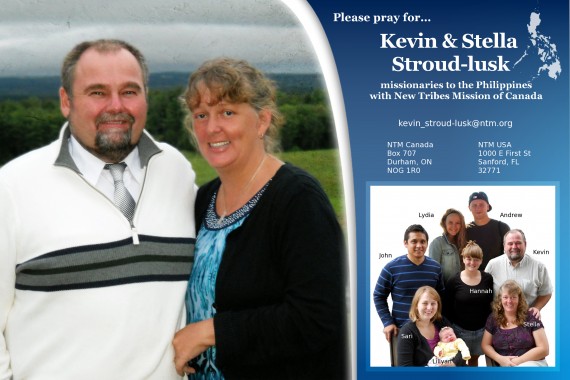 This prayer card was tricky with multiple components. I was given the photo of the couple  (on the left) as well as a family photo (on the right). The difficulty came with family photo not already including everyone. I was given an additional lower quality photo and asked to incorporate them. This took a lot of tweaking with the color balance, contrast, scaling, etc. I would have liked to have taken the photo myself, making the lighting similar but this was not possible. Can you see the two in the center/back and how the light hits them a little differently than the others? In the end I think it turned out pretty well. I then added additional text and grahical elements.

Last year I did some design work for a very small, private school. It was the second time that I did a yearbook cover for them. When I am asked to do some design work, there is usually a very specific idea of what they have in mind. But for this particular job, they were happy just to have someone do it. So, with the possibilities wide open I had a great time indulging my creative side.

The yearbook covers were to be printed on 16″ x 11″ white paper and then would be folded to cover the inside pages. When designing it, I had to be sure to incorporate the white space on the edge of the page for the printer.

The first one I did was the most fun, playing around with different colors. I started with the school photo and their logo. The polar bear was the school mascot. They didn’t have a specific one so I came up with the silhouette of it on my own and incorporated it into the design. 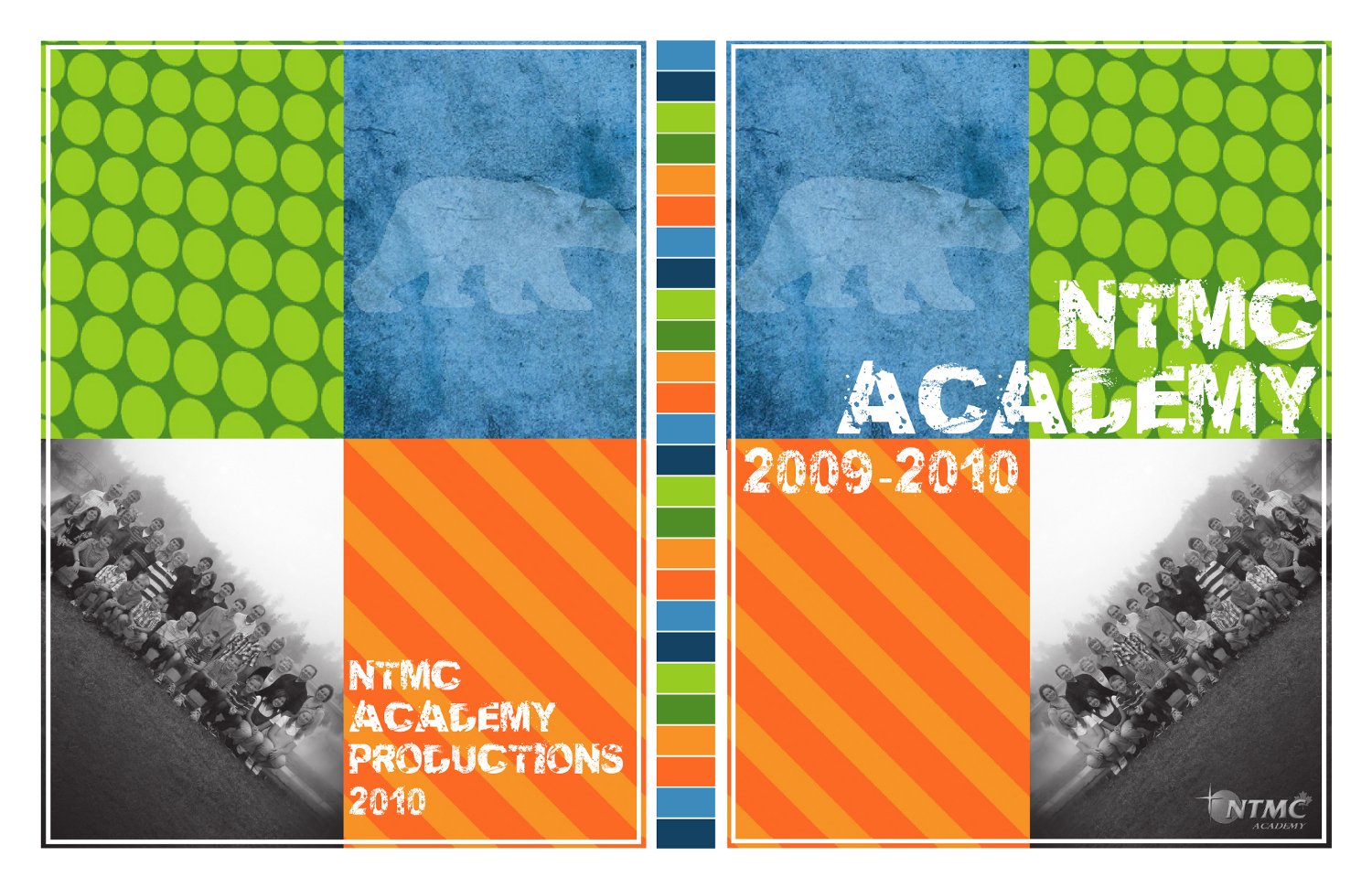 The second one was rushed due to time constraints. I wasn’t able to put as much time into playing around with different ideas like I had before, but I was able to come up with an eye catching, clean design. I had the privilege of being the photographer for the school photo this time. I thought it turned out well so I used it as the focal point. 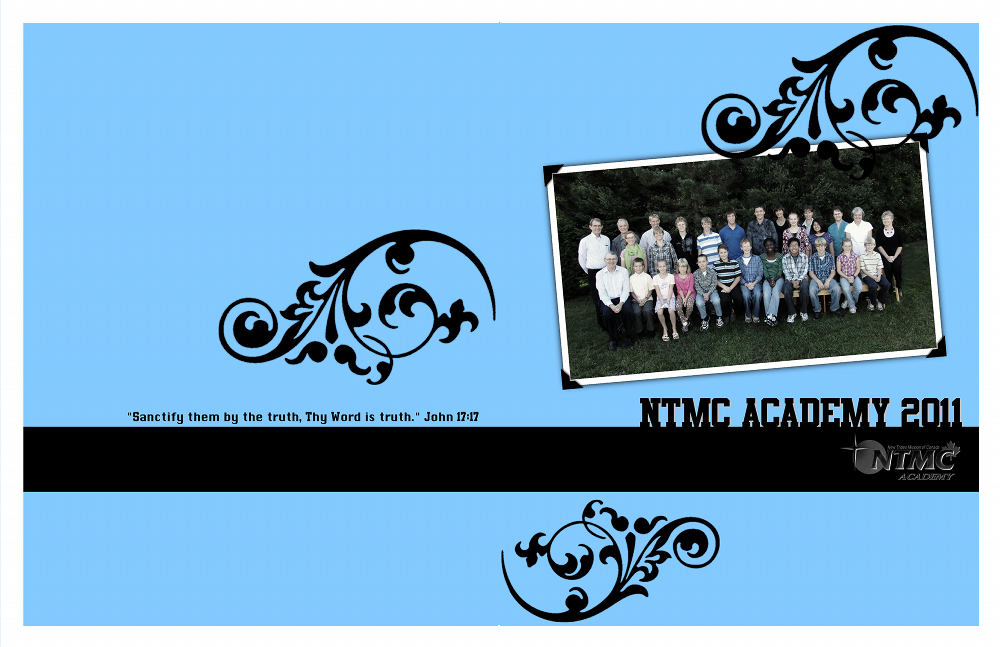